Last year, to mark 100 years of the iconic Coca-Cola bottle, we asked our employees to share their best memories of working for us and put them in a special edition of our magazine.

We got dozens – enough to write 100 stories in each of our six country editions of the magazine.

The one I’ve reproduced here is my favourite by far. I share it now not just because of who it’s about, but as a reminder of the main reason I love working in internal communications: talk to people about a subject in a way that connects with them, and you’ll be amazed what you get back.

“Muhammad Ali was the headliner at a Coke event for employees in Atlanta in the early 2000s – his wife spoke for him as Parkinson’s disease had taken its toll. The interaction was truly inspiring and emotional for everyone.

When it was over, I ran around the stage to about 20 yards away and shouted at him: “Champ, champ… you’ll always be the champ!” Ali looked around to see who was yelling and we locked eyes. Instead of getting in his limousine, he made his way slowly over to me – clearly against his entourage’s wishes.

He walked right up to me and whispered in my ear: “I think I can take you…” 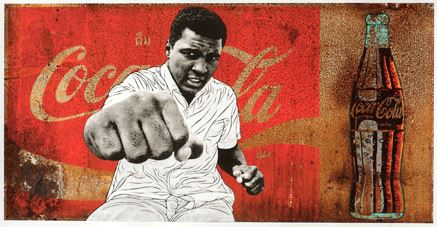